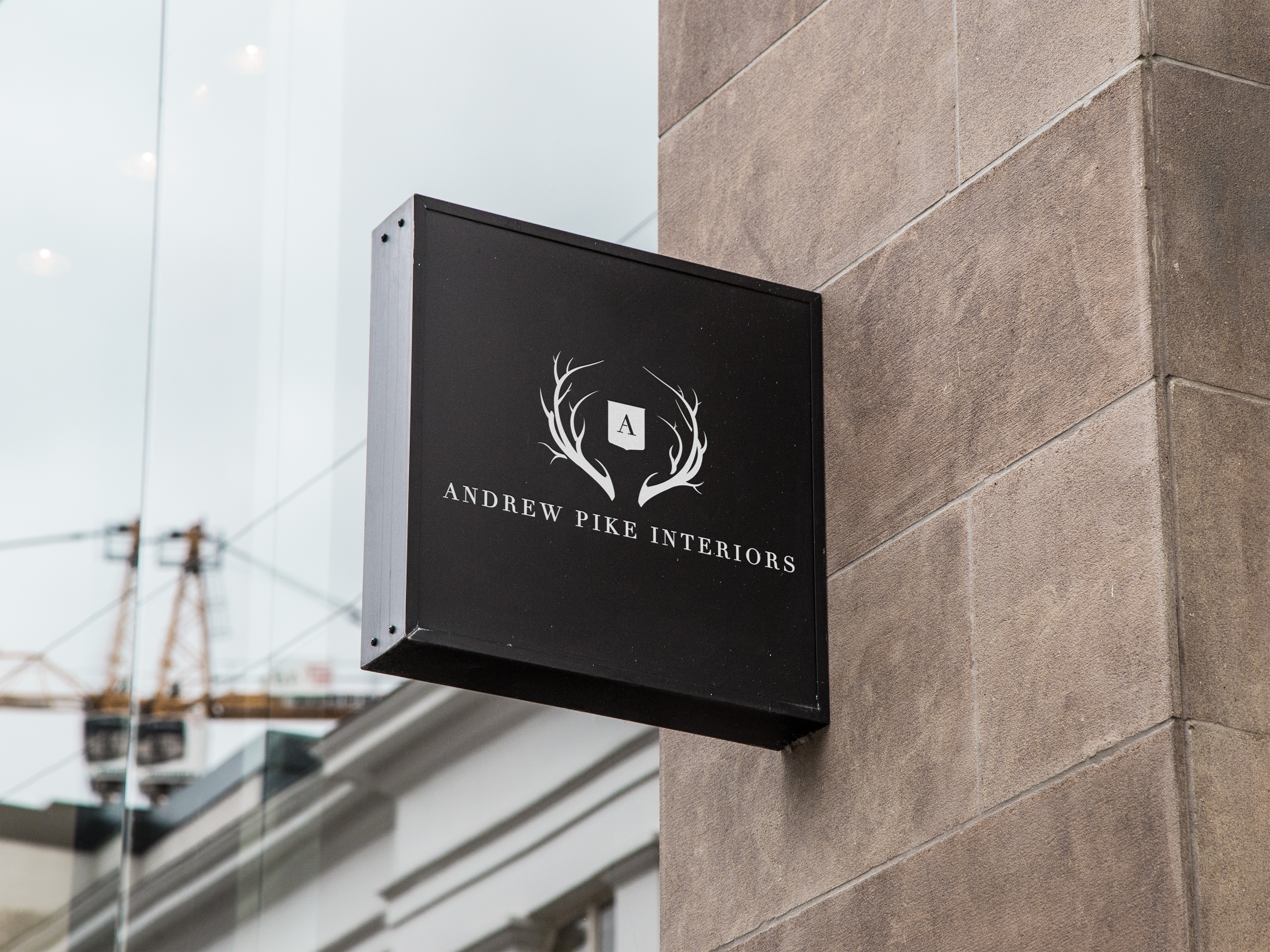 The people behind Andrew Pike Interiors

At Andrew Pike Interiors Inc., we have a dedicated team that is integral to our success. Each member brings their expertise and passion to everything we do, ensuring that every detail, from start to finish, is handled with the utmost care and professionalism. We also have strong relationships with countless professional trades and suppliers that help us bring all our projects to life.

Our design philosophy is simple—we strive to give each client a personally tailored space. We unite the clean and contemporary design philosophies of modern living with the warmth and elegance of antiquity. A complex layering of design elements is our mandate for making every space unique.

We listen to our clients and make design choices that reflect their character, the context of the space, and their individual needs. We strive to create timeless spaces and achieve that by merging architectural features with rich materials and always adding an element of the unexpected in every project. Let us take you on your very own personalized design journey today. 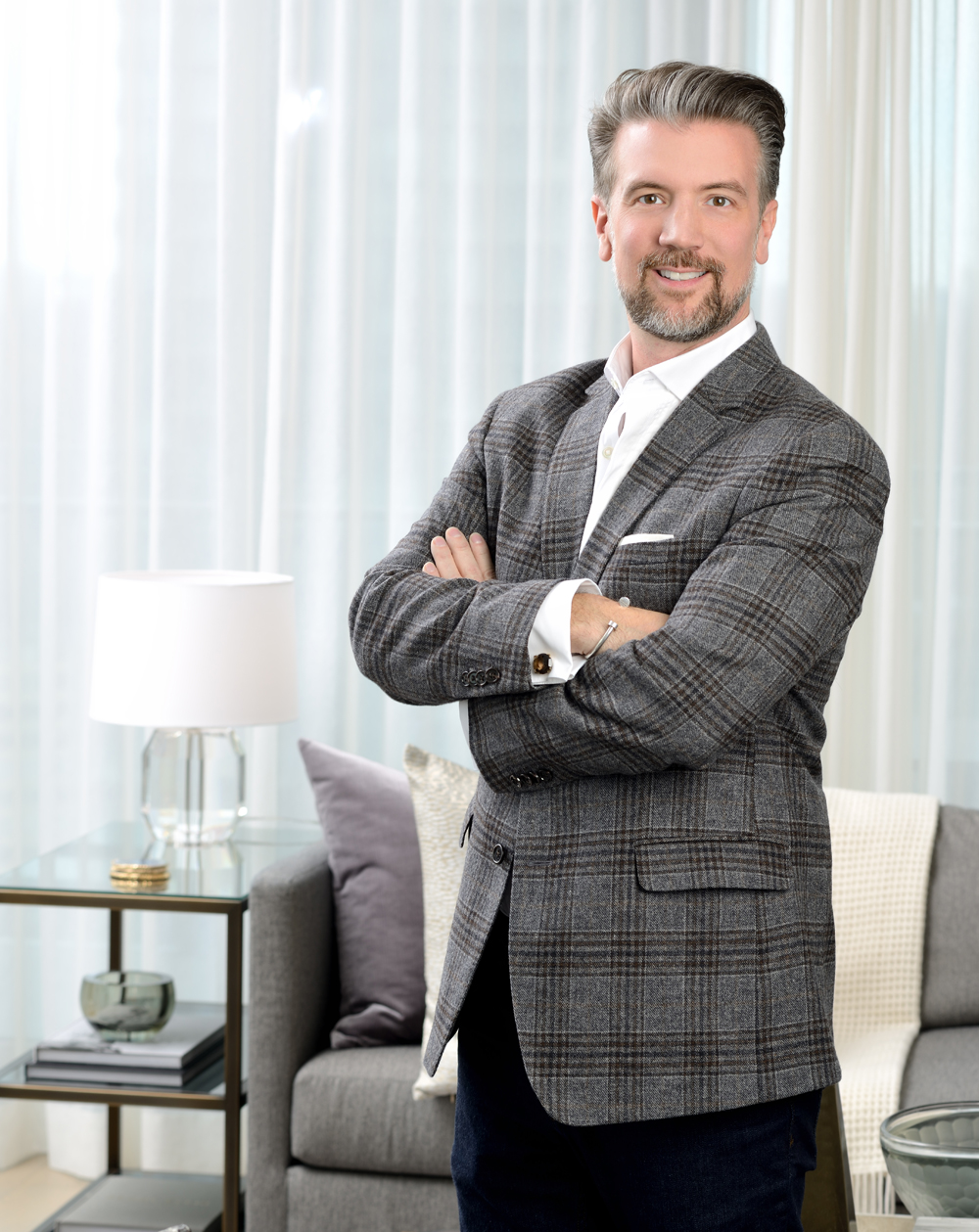 A nationally recognized designer, host and media personality, Andrew Pike has been involved in the arts and design community for over twenty years. He has lived in Germany and Spain and travelled extensively. Europe gave Andrew a refined appreciation for architecture, history and antiquity, and encouraged his signature aesthetic that effortlessly blends design periods and styles. Upon returning to Canada he began working as a designer and merchandiser for such well-known brands as Restoration Hardware and CABAN. This allowed Andrew to further develop his unique style by integrating innovative and contemporary design principles into his work.

In 2003, Andrew began working in television as a finalist on HGTV’s Design Superstar Challenge. He followed that up by working alongside Chris Hyndman and Steven Sabados on HGTV’s Design Rivals and then moved on to his own show, HGTV’s Rooms That Rock, designing unique children’s spaces with fellow designer Cheryl Torrenueva. He has been the Resident Design Contributor for The Gill Deacon Show on CBC and has also made numerous design appearances on many shows and networks including Christine Cushing’s Cook With Me on FOOD Network as well as Breakfast Television and The Social on CTV. Currently Andrew is the resident Décor Expert on The Marilyn Denis Show on CTV where he can be seen showing self-designed spaces and offering design advice, tips, and trends.

Andrew is a regular contributor to print and digital media and has been featured in House & Home Magazine, The National Post, The Toronto Star, The Globe & Mail and many online publications. As an expert in design trends, Andrew also shares his knowledge of innovative products and design by presenting at design shows and venues across the country including The National Home Show, IDS, IDSWest, and BuildEx. 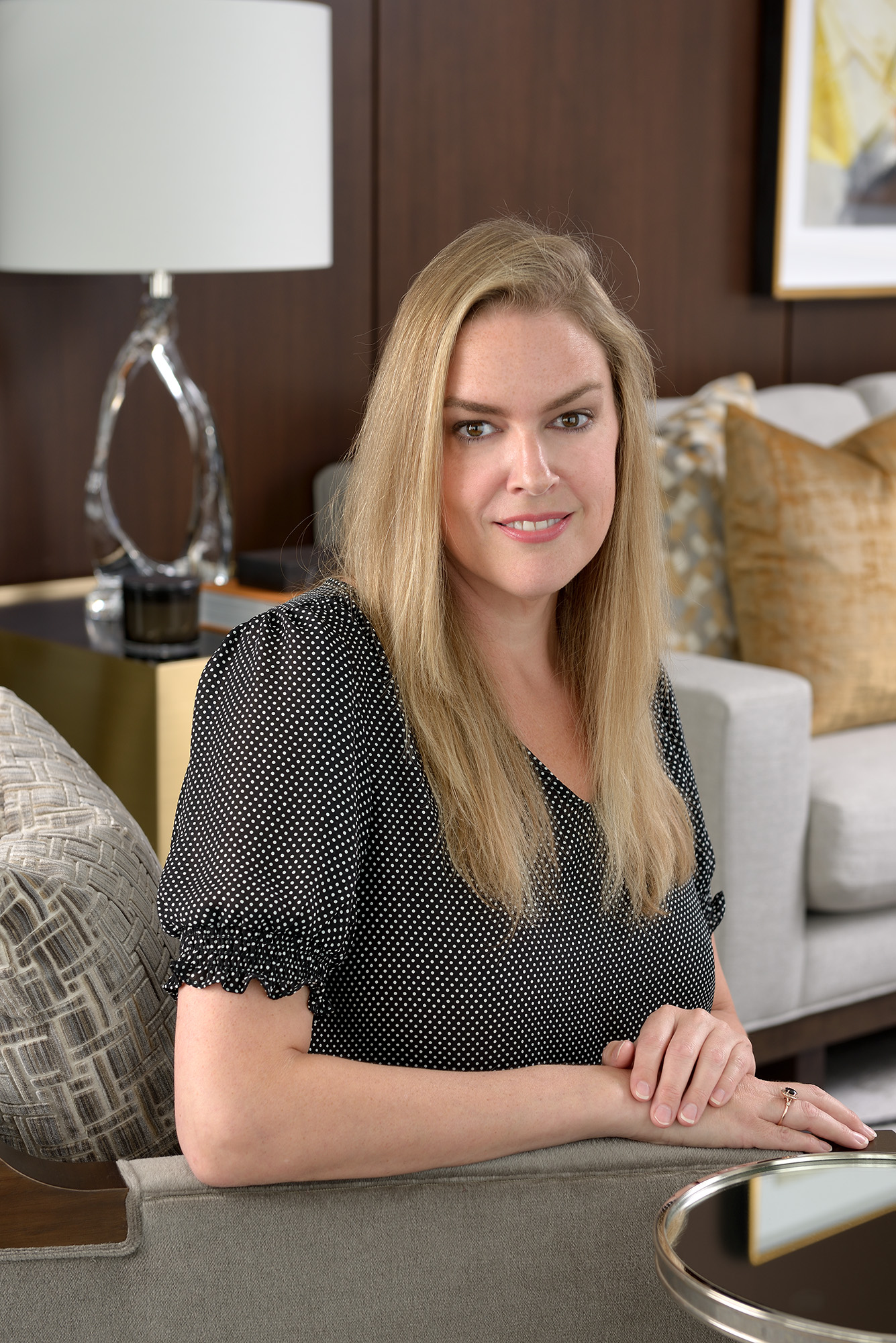 With nearly 20 years of experience in the interior design and real estate industries, Joanna has established herself as an integral component of Andrew Pike Interiors Inc. Her hands on approach, with both clients and suppliers, ensures design and scheduling goals are met and creative solutions to difficult problems are executed. By interpreting each client’s design style with her unparalleled sense of balance, understanding of colour and attention to detail, Joanna makes each project a transformative experience from conception to completion. Working with Andrew Pike Interiors Inc. has given Joanna a platform to participate in the creation of timelessly elegant spaces that continue to exceed the expectations of our clients. 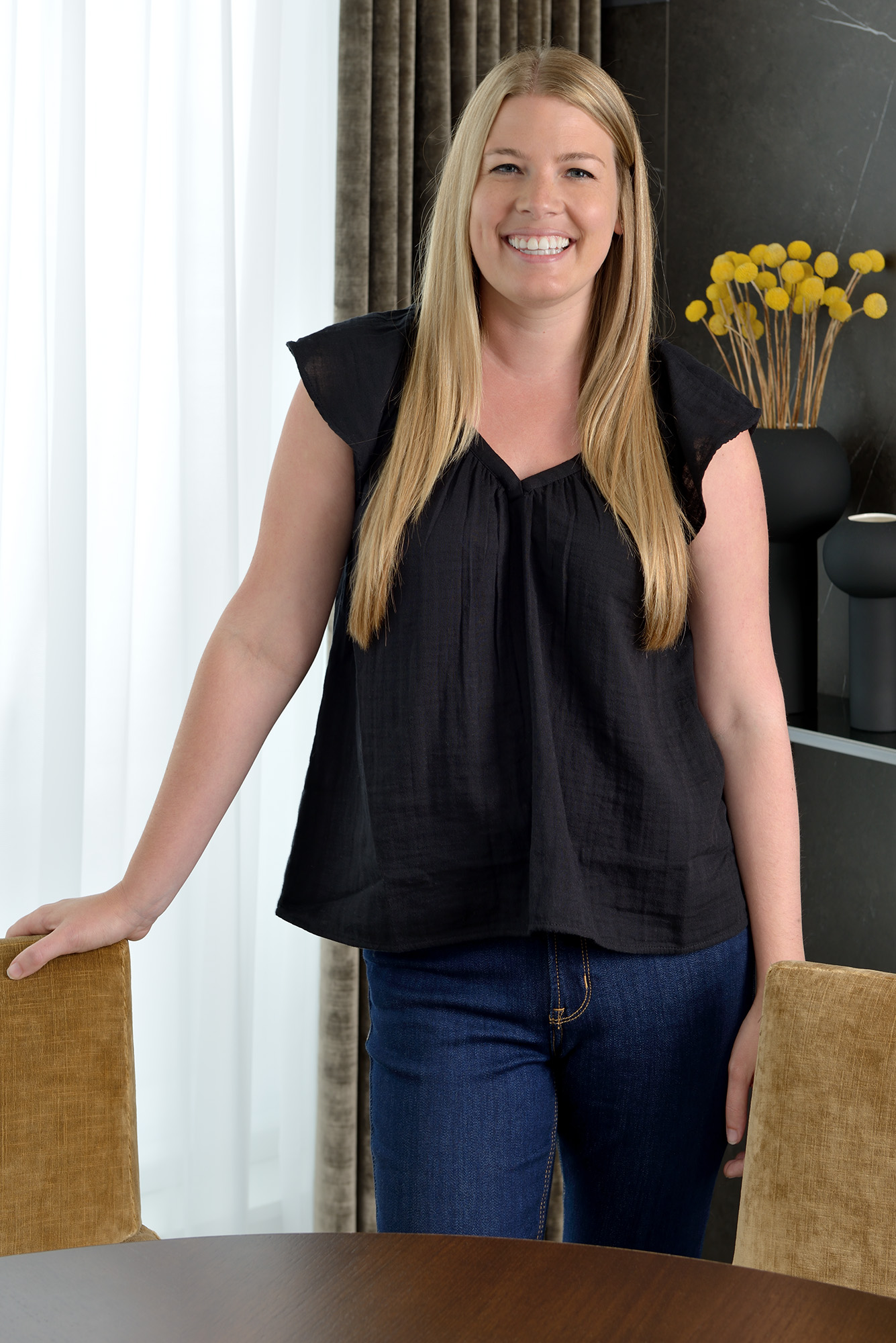 Since graduating from Fanshawe College’s Interior Decorating program in 2012, Katie has enthusiastically submerged herself in both the design & real estate industries. After heading up the Toronto design division at ZooCasa Realty, she joined Andrew Pike Interiors in 2018 to bring her experience to the company. Katie’s passion for design combined with her impeccable organizational skills make her a natural for working with clients & colleagues alike. By coordinating purchasing, deliveries & scheduling for the entire team at API, she ensures that each client’s design experience runs smoothly from start to finish. Combining her administrative skill set with her creative eye, she has become an integral part of the Andrew Pike Interiors team. 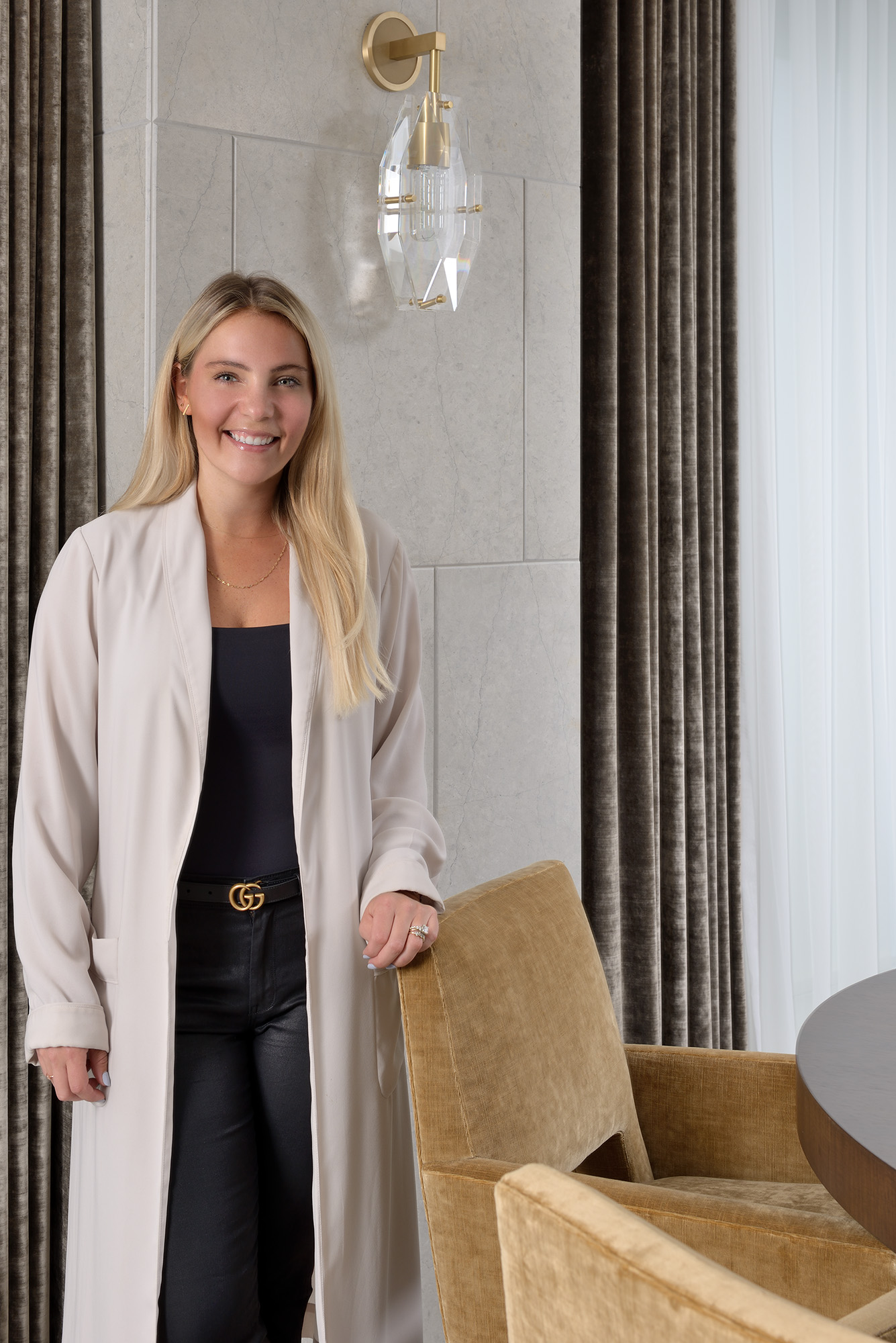 With a diverse background in communications, business, and real estate, Brooke has established a passion for all things social. Brooke is responsible for developing social media initiatives and building partnerships that align with the Andrew Pike Interiors brand. She is also integral in creating photography, publishing content, and executing continuous strategies for our social media platforms and websites. At Andrew Pike Interiors, we are constantly working to create new and exciting content to keep all of our followers inspired by design.